Votes for Women! Art and the Suffragettes 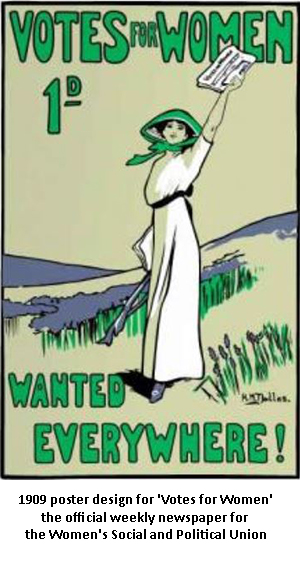 This lecture explores the story of the suffragettes through their ‘pro and anti’ portrayals in cartoons, postcards and paintings – as well as their own artistic productions.

It will also consider the Suffragettes’ impact on the Houses of Parliament itself and how the Parliamentary Art Collection has responded to criticism that its own collection is too ‘male, stale and pale’.

By turns amusing, infuriating, enraging and ultimately inspiring, you will come away from this talk with a new appreciation of how the campaign for equal electoral rights was won by and through art.

Caroline is an archivist and historian. She was formerly Director of the Parliamentary Archives in London, and before that was a senior archivist at the National Archives. Her first popular history book, “The Day Parliament Burned Down”, won the Political Book of the Year Award in 2013 and Mary Beard called it ‘microhistory at its absolute best’ while Dan Jones considered it ‘glorious’. Its highly-acclaimed sequel, “Mr Barry’s War”, about the rebuilding of the Palace of Westminster, was a Book of the Year in 2016 for The Daily Telegraph and BBC History Magazine and was described by Lucy Worsley as ‘a real jewel, finely wrought and beautiful’. Caroline teaches Public History to postgraduates at the University of Dundee, and during 2017 was a Political Writer in Residence at Gladstone’s Library.