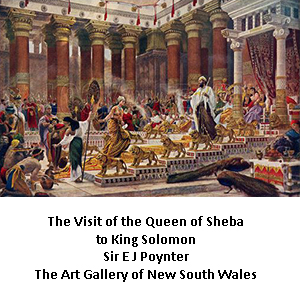 From the Edwardian era to the outbreak of World War II, millions of artist-drawn humorous postcards were produced, not just for entertainment but to bolster morale, to inspire, instruct, motivate and persuade.

Discover the popular themes and styles of the period by the masters of the medium such as Mabel Lucie Attwell, Dudley Buxton, Donald McGill and Fred Spurgin, and the reasons why their popularity waned with the British public.

James Taylor studied at the Universities of St Andrews and Manchester.

He is a former curator of paintings, drawings and prints, and co-ordinator of various exhibitions, at the National Maritime Museum at Greenwich and has worked as a lecturer on board cruise ships.

Publications include Maritime Painting: Images of Sail, Sea and Shore (1995); Yachts on Canvas: Artists’ Images from the Seventeenth Century to the Present Day (1998); The Voyage of the Beagle: Darwin’s Extraordinary Adventure Aboard FitzRoy’s Famous Survey Ship (2008); Careless Talk Costs Lives: Fougasse and the Art of Public Information (2010) and Your Country Needs You: the Secret History of the Propaganda Poster (2013).

Secret Art in the Passport: How we use it to fox the forger

From the wax seal to the microchip, man has exploited the skill of the artist and artisan in his attempt to manufacture a forgery-proof document.

Taking you through three centuries of passport design, this lecture explains the overt, and uncovers the covert, to illustrate the defences built in to the passport and the tricks the forger uses to defeat them.

Martin Lloyd has been lecturing to various groups, including U3A, National Trust, historical societies, Gresham College and business groups since 2008. He previously worked for HM Immigration Service, and has broadcast on local and national television and radio.

Art of the Islands: An Introduction to Early Medieval Art in Britain and Ireland c. 500-850

The different cultures present in these islands before the Norman conquest produced stunning metalwork such as the Sutton Hoo and Staffordshire Hoard, the Ardagh Chalice and the Tara brooch, magnificent manuscripts such as the books of Durrow and Kells and the Lindisfarne Gospels, and sculptures such as the Ruthwell Cross and the enigmatic Pictish carvings.

This illustrated lecture will trace the interaction of these cultures – Celtic, Pictic, Anglo-Saxon and Viking – across the various artistic media, setting them within the historical context.

Michelle holds a BA in History and History of Art, Westfield College, and a PhD in History, UCL.   She is Professor Emerita of Medieval Manuscript Studies, SAS, University of London, Visiting Professor at UCL and Baylor University, and Senior Researcher at the University of Oslo.

She was formerly a Course Tutor in History of the Book (SAS), Curator of Illuminated Manuscripts at the British Library, and lecturer at Birkbeck and Morley Colleges.

Her recent publications include The Book and the Transformation of Britain, c.550-1050 (2011) and Art of the Islands: Celtic, Pictish and Anglo-Saxon Visual Culture (Bodleian, 2016).

Charles Dickens – The Man, His Life, and His Characters

Charles John Huffam Dickens brought into the world a staggering array of wonderful characters with orphans, starving children, misers, murderers and abusive school teachers among them.

People such as Mr Micawber, Fagin and Abel Magwitch remain in one’s literary psyche long after the books are put down.

Largely self-educated, Dickens possessed the genius to become the greatest writer of his age with fifteen major novels and countless short stories and articles.

In this lecture Bertie Pearce looks at the life and places of Dickens through his characters. The talk is interspersed with readings of his works. A truly Dickensian experience.

Bertie has a BA (Hons) in Drama from Manchester University, and a Diploma Internationale from the École Internationale du Théatre, Jacques Lecoq. He is a member of the Inner Magic Circle, with Gold Star. Past experience includes lecturing and performing on cruise ships, and to U3A, historical societies, festivals, schools and colleges. In addition, he has toured the world with a magic cabaret show and a one man show entitled All Aboard and has written articles for newspapers and magazines on entertainment and theatre.

Raphael: A Master in the Making

Raphael, one of the three giants of the High Renaissance in Italy alongside Michelangelo and Leonardo da Vinci, moved from humble commissions in Urbino to become one of the leading artists at the court of Pope Julius II in Rome. This lecture explores how he achieved this extraordinary rise in status.

Siân is a highly qualified and experienced tutor and events organiser, and lectures regularly for the National Gallery, The Arts Society, The Art Fund, Friends of the Royal Academy and many other galleries, colleges and arts societies. She was a lecturer at Surrey University for many years and in 2016 was named a Highly Commended finalist in the World’s Best Guide Awards.  Siân is a firm believer in making art history fun!

Not only was Peggy Guggenheim ahead of her time but she was the woman who helped define it. She discovered and nurtured a new generation of artists producing a new kind of art. Through collecting not only art but the artists themselves, her life was as radical as her collection.

Alexandra Epps is an Official Guide and Lecturer at Tate Modern, Tate Britain and Guildhall Art Gallery. She lectures at Pallant House Gallery and is a Qualified Guide to the City of London, offering lectures and walks about many aspects of the arts for societies, corporations and private individuals.

She is a Member of the City of London Guide Lecturers Association and Co-author of the book Lord Mayor’s Portraits 1983-2014 (2015).

Alexandra’s background is in design, having practised as a graphic designer running her own design consultancy for many years. She holds a BA from Saint Martins School of Art, and an MA from the London College of Printing.

Women Behind the Lens: Outstanding Female Photographers and Their Contribution to the Art of Photography

The work of women photographers has often been unfairly neglected. This lecture seeks to correct that by examining the contribution of three outstanding British practitioners; Victorian pioneer Julia Margaret Cameron, portraitist Jane Bown and landscape photographer Fay Godwin – and that of two influential Americans – Dorothea Lange, with her documentary images, and contemporary photographer Annie Leibovitz.

Brian’s chief interests lie in photography, architecture and history and he combines all three in his lecturing career. He has taught at University College London since 1997 and became an accredited lecturer for The Arts Society in 2003. He is a member of the Association for Historical and Fine Art Photography and an exhibition of his own photographs has been staged at UCL.

In an attempt to gain a deeper understanding of the skills of some great photographers of the past, he has begun to work with a pre-War Leica camera, as used by his great hero, Henri Cartier-Bresson, and many others.

The Art of Taking Tea

This lecture will explore the extraordinary story of the development of drinking tea in Britain from its introduction, through the importance of the Far Eastern trade, to the general usage of tea in modern times. It will examine the changing styles and uses of tea wares and will also look at the implications of how the beverage altered the habits of the nation.

Gaye Blake Roberts is Curator of the Wedgwood Museum, having worked previously at the V&A and the Coalport China Works Museum.  She is a Fellow of the Royal Society of Arts and a Fellow of the Museums Association.

Gaye has lectured extensively throughout Britain, Italy, Australia and the USA and has often appeared on national radio and television.

She has contributed to catalogues for major exhibitions at the Royal Academy of Arts, the V&A and other international museums and has written a number of specialist books on ceramics and the creativity and innovation of Wedgwood.

This lecture will follow the AGM which starts at 10:30am.

Catherine de Medici: the Story of Three in a Marriage

This is the sad life story of an unfortunate young woman who left Florence to become the Queen of France, and the unhappy life that followed.

She was a brave woman who suffered every indignity at the French Court, but survived all her enemies.

Caroline has lectured for many years to universities and art organisations in America and on cruise ships. She was an official guide at the British Museum and has published articles on samplers.