250 Years of the Royal Academy 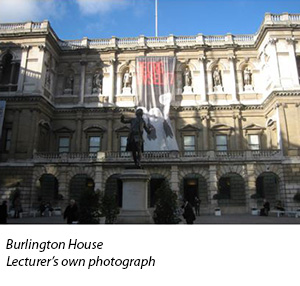 We will look at the position of artists before and after the formation of the Royal Academy in 1768, and some of the characters involved, from the first President Sir Joshua Reynolds to more oppositional artists such as Gainsborough and the initially clandestine Pre Raphaelite Brotherhood.

As with any important institution the Academy has been embroiled in intrigue and controversy over its history and no scandal or outrage will remain unexposed.